“There is Wisdom in the Echo Silence Makes”

“I want to talk about autism, but I am dear-like because badly needed information is angering.

Assuring many people understand about neurology they do not have is difficult.

I want the world to have another opinion to work with.

I am happy but people find that impossible to believe.  That causes me anxiety.

Acceptance and kindness are crucial for all people.  As one who is constantly thought less than, forgiveness is like a soothing bath and the talking people might learn more if they did not talk so much.

There is wisdom in the echo silence makes.”

Emma just wrote this.  She asked that I put it on the blog.

“There is wisdom in the echo silence makes.”

It turns out we are living with the buddha.

It’s taken me decades to figure out that whenever I am angry, fear is lurking.  All kinds of people talk about the association between anger and fear, but it was not a thought I was able to appreciate.  It’s still not the first thought I have when I am angry about something.  It’s not even the second thought.  In fact, I’m lucky if it’s something I can remember at all when I’m angry.  Yet, if I look back on all those years when I was so very frightened of my daughter’s diagnosis and what I assumed that meant for her future, I see how linked the two were.  But it was the fear that grabbed me by the throat and no matter what I did, it seemed unaffected and unwilling to let me go.  It was the fear that made itself known to me; the anger was far more subtle and insidious.

“When you sense a threat  your mind generates fear and anger.  The fear you generate is part of a flight response from your physiology. Anger is the emotional energy you generate for the fight against that perceived threat.  What can be confusing is that your mind creates fear and anger even when the threat is just imagined.” ~ Pathway to Happiness

I understood things like the above paragraph.  In a calm state of mind, it made perfect sense that my anger was rooted in tremendous fear, even if imagined.  What did the future hold for my daughter?  How was she going to get through life?  How would we be able to keep her safe?  How would she fend for herself?  Would she be able to fend for herself?  Who would take care of her once we were gone?  Fear.  Fear.  Fear and more fear.  And then, without even realizing it, I would find myself furious.  Enraged.  And my rage found the perfect target.  Autism.  Autism was what I was furious with.  Autism was what the problem was, so it stood to reason that if I could remove it, all would be well.  So this is what I set out to do.  Except that my daughter happened to be Autistic.  But if I didn’t say it that way I could continue to separate the two.  I could continue to tell myself I was fighting the autism and not her.  I could continue to believe that my anger with autism would not affect her.

“Anger is the natural emotional reaction to what the mind and imagination are doing.  The way to overcome anger is to change  how the mind imagines stories and how much you believe them.  When the mind imagines painful scenarios you naturally produce anger.  To reduce and eliminate the anger it is necessary to shift the stories that the mind imagines.” ~ Pathway to Happiness, Understanding Anger

That quote more than any other sums up exactly what happened.  I had to change the story that my mind was imagining.  Instead of thinking – my daughter is locked inside an autistic cage that I need to find the key to free her from – I had to examine everything I thought I believed and start from scratch.  I had to rethink how I viewed autism, my daughter and how the two were completely intertwined and one.  I had to dissect all my preconceived ideas about autism and Autistic people and what I thought that meant.  I had to be open to other ideas about it.

For me that began with reading books.  First books like Representing Autism by Stuart Murray, Unstrange Minds by Roy Richard Grinker and Autism and Representation Edited by Mark Osteen and then I found blogs written by Autistic people, see the Resources page on this blog.  From there I began developing relationships with Autistic adults, not just the occasional interaction, but real friendships.  People I have grown to love deeply.  I had to find people who were non-speaking, or spoke intermittently.  I had to find people who were obviously Autistic and couldn’t “pass”, I had to spend time with those people.  And what I found was that far from being miserable, these people were living their lives, doing things, had found purpose and meaning and were active in their communities.  The very things I had been told could not, would not be possible for my child.

“Between stimulus and response, there is a space. In that space lies our freedom and power to choose our response. In our response lies our growth and freedom.” ~ Victor Frankl, Man’s Search for Meaning

And so I found I had a choice.  I could choose to continue to live in fear of autism and all that people were telling me Autism meant or I could choose to embrace my Autistic child, learn, enjoy and let go of all that anger and fear as it came up, as it continues to come up.  Each time I feel fear and anger, and I do on a daily basis, I now know I have a choice.  I can fall into the fear and anger or I can step back from it, realizing it’s a mirage, realizing that as painful and real as it feels it is not a fact, it is a construct of my thinking and I can sit with it and not react to it.  Because my fear has me running away and my anger has me shouting, either action keeps me apart from others.  I have learned that the answer to both is to do something else.  And that is this – walk towards instead of away, speak lovingly instead of shouting and pushing away.

Everything I have learned in life, I’ve had to learn over and over.  I seldom get it the first time.  I’m a slow learner.  I know this.  I can admit this without shame.  It all takes practice.

I am never going to do any of this perfectly.  But I will always continue to practice. 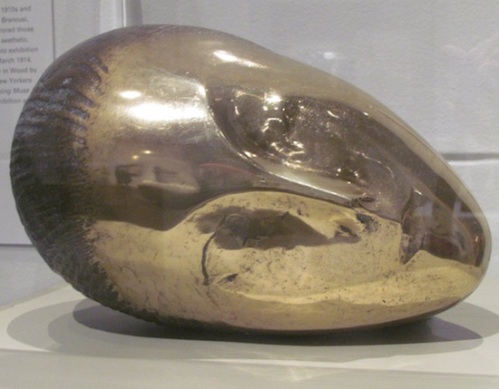