“There is Wisdom in the Echo Silence Makes”

“I want to talk about autism, but I am dear-like because badly needed information is angering.

Assuring many people understand about neurology they do not have is difficult.

I want the world to have another opinion to work with.

I am happy but people find that impossible to believe.  That causes me anxiety.

Acceptance and kindness are crucial for all people.  As one who is constantly thought less than, forgiveness is like a soothing bath and the talking people might learn more if they did not talk so much.

There is wisdom in the echo silence makes.”

Emma just wrote this.  She asked that I put it on the blog.

“There is wisdom in the echo silence makes.”

It turns out we are living with the buddha. 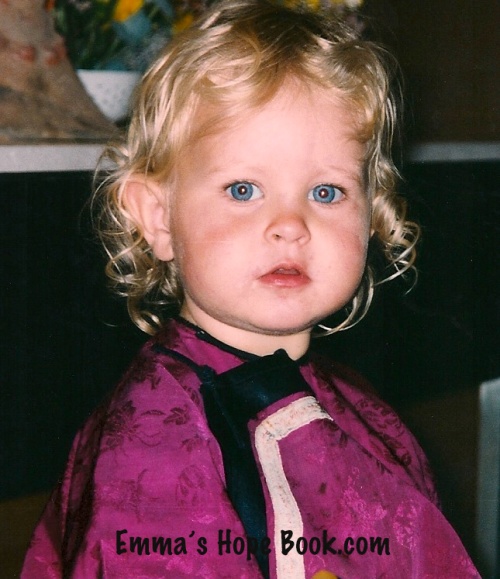 The Wisdom of Peyton Goddard

Peyton Goddard, wrote a memoir with her mother Dianne Goddard and Carol Cujec entitled, i am intelligent.  It is an unforgettable book.  Recently, Peyton gave a presentation in San Diego, where she typed, “After decades of torture, still each dawn I struggle to feel my worth.”  You can read her entire presentation ‘here‘.

“After decades of torture, still each dawn I struggle to feel my worth.”

“Estimate I that anger in this pesty world is because pierced persons think hurting others will strip their own hurts away.” ~ Peyton Goddard

In her book Peyton writes about forgiveness.  Forgiveness of those who have hurt her the most.  Peyton Goddard is leading the way, with wisdom, kindness, forgiveness and compassion.

Posted in Autism, i am intelligent, Peyton Goddard

Mistakes Have Been Made and Random Acts of Kindness

A few months ago someone typed into a search engine – “how can a 56 year old make a mistake” – and they were led to my blog.  Which is either a great relief or pretty horrifying, I haven’t decided.  I read those words and my first thought was, Why are they being led to my blog?  I am NOT 56 years old!  But when I am, I will undoubtedly still be making mistakes.  Do any of us stop making mistakes?  Isn’t that part of being in the world, being human and being alive?  To err is human and all of that?  None of us get out of here doing this perfectly.  So yeah, I’m okay with the fact that someone was led to my blog who may have been incredulous that a 56-year-old or even a 52-year-old (my actual age) could make a mistake or, as is my case, many, many mistakes.  I have, I do, no doubt I will continue to make mistakes.  But the wisdom of years is that I don’t need to pretend I’m doing everything perfectly, I don’t need to hide from my mistakes.  I can look at them, see them for what they are and hopefully, move on.

Which brings me to Emma.  I would really like to not repeat a great number of the mistakes I’ve made when it comes to my daughter.  Some I can’t even call “mistakes” because I kept repeating them and at a certain point repeated actions get pushed out of the “mistakes” category and into the “bad decision” category.  (It’s kind of like when someone says they’re going to go take a nap and then disappear for four hours.  That’s not a “nap”, that’s going back to sleep!  It doesn’t matter that it’s in the middle of the day.)   So yeah, I’ve made plenty of decisions I really wish I hadn’t, decisions that affected my daughter.  Decisions I don’t feel happy about or proud of.  There are others I am even ashamed of and feel tremendous guilt over.  It would be dishonest of me to say otherwise.

But here’s the thing, beating myself up over those things doesn’t make me behave better, it doesn’t make me a better parent.  I used to think that if I just punished myself enough I’d stop doing whatever it was, but that never happened.  Punishment just led to more feelings of guilt and shame.  Punishment meant I felt worse about myself not better.  Punishment and self-criticism make me exhausted and keep me firmly rooted in my ‘self’.  There are two things I know to do when I’m feeling this way (but still forget to do them, so this post is equivalent to putting a string around my finger.)  I need to do both these things at the same time, or within close proximity to each other.  I need to be specific about what I’ve done that I feel is unforgivable.  I need to list these things and then I need to tell on myself. I have to be careful with this part.  I have to find people who I’m pretty sure will not condemn me, but instead will be kind and loving.  I need to admit what I’ve done and then I need to reach out to others and “be of service”.

The concept of being of service has saved my life.  I don’t mean to suggest that I think of myself as a martyr or Mother Teresa or Gandhi.  I mean that it is crucial for me to reach out to others and not just when I’m in self punishing mode, but every day.   Random acts of kindness.  I had to learn how to do this years ago.  It was something I had to practice, because it didn’t come naturally to me, particularly when I was in self punishment mode.

I will never forget when both the children were young.  I had Nic in a backpack and Em was a baby in a sling.  I was waiting for the light to turn green on our way home from a day spent in the park.  Both kids were tired, I was tired and feeling grumpy.  I was obsessing over how I’d spoken crossly to Nic and was exasperated with Emma because she wouldn’t nap.  I began beating myself up.  I wasn’t a good mother, I should be more patient, I shouldn’t be so easily annoyed.  And as I was ruminating about all of this I noticed there was a blind man waiting on the corner with us.  I had been practicing random acts of kindness for several years by then so without thinking I said, “Would you like help crossing the street?” and the elderly man said he would.  I offered him my arm, he held it right where my elbow was bent and the four of us crossed the street.  As we were crossing Nic began to coo and Emma was making gurgling noises, the man turned his head and said, “sounds like you’ve got your hands full!”  So I told him about how I was carrying my baby daughter in a sling and my son loved being in a Kelty backpack and the man just thought this was hilarious.  We ended up walking with him for several blocks beyond our home and when he was close to where he lived we parted.  I no longer felt grumpy or tired, I felt exuberant, in love with the world and all its inhabitants.  I bet that man doesn’t remember us, but I’ve never forgotten him.  He gave me a gift that day, something I hadn’t been able to give myself and it was beautiful.

He gave me kindness and forgiveness.