The Horrifying Events that Changed A Young Man’s Life

There’s a young man, his name is Reginald.  Everyone calls him Neli.  He was on the high school wrestling team, wore a key on a chain around his neck, liked to hold three playing cards, loved his hoodie, repeated “television and movie lines ” and carried a “string that he runs through his fingers.” He was described as being shy and he liked going to his local library, which was two miles from his home.  But one day none of that mattered.  One day someone saw Neli sitting on the grass outside the library waiting for it to open.  They called the police, reporting a “suspicious male, wearing a hoodie, possibly in possession of a gun.”

All the schools within a few miles of the library “went on lockdown.”  SWAT teams were called in.  That’s at least five schools, though one report said it was eight.  Five schools.  Eight schools.  Lock down.  SWAT team.  All because an anonymous source said they saw someone suspicious sitting outside a library.

Suspicious could mean any number of things.  Maybe it means someone who moves differently, keeps their head down, stares at their feet, doesn’t look you in the eye when you speak to them or doesn’t answer you at all when you ask them a question.  Maybe they rock back and forth as they stand or sit, maybe it means they run a piece of string through their fingers or maybe they twirl it around and around the way my daughter does.

Neli was found, frisked and was unarmed.  This is where the story should have ended.  It is at this point that the situation should have been diffused.  This is where the person who had the ability to calm things down could have, but chose not to.  Maybe a parent, teacher, someone in the community who knew him, who could have vouched for him might have stepped in.  Except the school resource officer who approached Neli and frisked him, did know him or at least had seen him at his high school.  Whatever he knew or didn’t know wasn’t helpful as Neli’s life was about to get much, much worse.  Neli was forced down over the hood of a car and told he was being taken in.

According to one report Neli cried, “I didn’t do anything wrong!” The arresting officer replied, “You don’t have to – Welcome to Stafford County.”  Then he held a gun to Neli’s head and said, “I will blow your head off, nigger.” Neli fought back and in doing so the officer was hurt.

The jury deliberated for three days, found Neli guilty of “assaulting a police officer among other charges” and recommended a sentence of ten and a half years.

Ten and a half years.

The judge disagreed and sentenced Reginald Latson to two years in prison with time served.  Except Reginald had done nothing wrong.  Except that ONE YEAR in prison for seeming “suspicious” to someone is not justice.

“Suspicious” could mean someone who utters lines from a favorite movie or says something that is considered out of context or not relevant to the conversation.  Or maybe suspicious means “not white” and when combined with any of these other things this results in people imagining there’s a weapon as well.  Or maybe not being white is all it takes.  But one thing is certain, being viewed “suspicious” and black and Autistic in today’s world can get you locked up, sentenced by a jury of your peers to ten and a half years, put in solitary confinement for most of your time in prison, and when you’re broken, when you give up the will to live and try to kill yourself, it’s enough reason to put you in a straight jacket, restrain you for hours, hours in a chair, and then slap you with another charge to make sure you never get out of prison.

This counterproductive and inhumane cycle continues with charges Latson is scheduled to face this week stemming from an altercation with a prison guard that occurred when he was being moved to a crisis cell while in psychiatric crisis and suicidal.  There was no serious injury to anyone in this incident other than Latson, who was shot with a Taser and bound for hours in a restraint chair.  Nonetheless, a new felony prosecution was initiated.

As I write this Neli has been sentenced to another six months in prison.  This is beyond unacceptable.  Neli should never have been charged to begin with.  None of this should have happened.  But it did.

A massive number of people have been working hard to gain Neli’s release.  At this moment it could not be easier to do something that could help.  If you only have a moment, sign this petition that my friend Kerima Cevik of the blog Intersected started.

Please.  It literally takes less than 60 seconds to add your signature to this petition.

If you have more time, please contact the Governor’s office directly Phone: 804-786-2211; via email by clicking here or on Twitter @GovernorVA and add your voice to thousands of others. 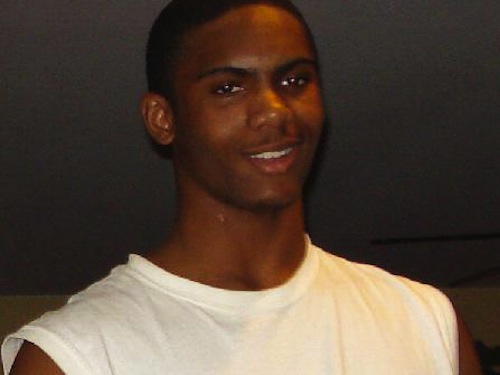 Neli Latson before his arrest

A follower of this blog emailed me this morning about a new app for the ipad called, Pop It.  It’s a “book” that when one shakes the ipad, the perspective of the story changes.  The creator, an artist named Raghava, gave a talk on Ted.com, which is terrific – about perspective and tolerance of others and the role of art and creativity.  Listening to Raghava made me think of a book I am currently reading by the extremely talented and insightful theologian, James H. Cone.  His book – The Cross and the Lynching Tree is a deeply touching and powerful investigation of suffering and hope.  James Cone writes at length about the nature of faith, how God “could make a way out of no way”, how “hope could remain alive in the world of Jim Crow segregation.”

I do not claim to know of the existence, nor can I claim to know of the non-existence of a god.  I cannot even define that word.  It is not a word that holds any meaning for me.  But I do know what it is to struggle with hope.  Hope for Emma, hope for all our children who will grow up to become adults, who many will fear, ignore or just wish would go away.  Our children with autism are often misunderstood, in their inability to fall into line with societal norms they are in turn rejected by society.  The continued negligence and worse, abuse, of people with disabilities is rampant.  Their abuse is done by people who have deemed them incompetent, imbeciles and without value.  This is the common thread that exists in the abuse of all groups of people throughout history.  It is our intolerance of those we believe to be “less than” that makes us believe we have the “right” to punish, shun, ignore, hurt, torture and kill.

James Cone writes:  “The cross is a paradoxical religious symbol because it inverts the world’s value system with the news that hope comes by way of defeat, that suffering and death do not have the last word, that the last shall be first and the first last.”

When I was in my late teens I began using food as a way to quell anxiety and emotions I felt incapable of dealing with.  My overeating turned to full blown bulimia and the bulimia became a way of life – for 22 years.  I remember when I finally stopped, the idea of “surrender” seemed antithetical to all I had, up to that point, believed.  I thought that if I just had more will power I would be able to stop the destructive behavior.  I believed that the bulimia was something I could control.  I believed that my lack of control simply proved how despicable I was, which only served to fuel more of the same behavior.  It wasn’t until I took a leap of faith – really took in that I was, in fact, out of control, that I received a respite from the behavior.  Early in my “recovery” from bulimia someone said to me, “don’t you think that if you could have controlled the bulimia, you would have by now?  Isn’t it true that in fact you have tried to control it all these years and this is where that control has gotten you?”  With a great deal of support from others who had eating disorders and had come out the other side, was I finally able to find a way out from under it.  In surrendering to the fact that I was unable to control it, was I finally able to find freedom from it.

I’m all over the map with this post, but perhaps some of these thoughts will prove helpful to someone else or if not at least encourage thought and conversation.

For more on Emma and our journey through her childhood of autism, go to:   www.EmmasHopeBook.com