I finally did something I’ve never done before.  I’ve closed down any further comments on a post I wrote about the ethics of ABA.  I continue to get up to thirty views on that post daily, now over a year later.  Most of the comments are coming from ABA therapists who write in defense of ABA, which is fine, except most of them are saying the same thing and my response is also to repeat what I’ve said before, but I’m also getting comments from people who are furious that I dare suggest ABA is anything but wonderful, so instead of endlessly repeating myself, I have shut comments down, just on that post.

If you are an ABA therapist, it is your obligation to, at the very least, read what those who are autistic and were given ABA as children are saying about it.  If nothing else, please read Ido Kedar’s book Ido in Autismland where he describes what it was like to be a non-speaking autistic child, with a body that does not do as he would like, and who was given hours of ABA therapy every day for years.

“It frustrates me to look back at how my ABA teachers drilled me endlessly in basic skills only to say it wasn’t mastered because I had inaccurate pointing.  I knew everything so easily.  I was bored to tears but my apraxic hands would go to the wrong card so they thought I didn’t know “book” or “tree”.  I did it over and over.  It was the worst.  The assumption that people don’t understand if they reply incorrectly is a huge misconception.  ABA is built on this erroneous premise.”

Again from Ido in Autismland:

“My ABA teachers would talk baby talk and tickle me to reward me.  I cared that they see me as smart, so I tried, but I think it was pointless.  I often felt that they couldn’t see my potential, just the drills.  I feel it’s time autistic people finally say what it’s like to be drilled in flashcards over and over when your hands don’t move to your thoughts, or to have your teacher say in front of you that you can’t count because your stupid hands refuse the right number you’ve counted in your head.  I remember standing miserable and embarrassed, holding the wrong number of straws and hearing my teacher say, “It’s clear he has no number sense,” as if I couldn’t understand or had no emotions either.  When I think of these frustrating experiences I am grateful I am not in that situation anymore.  But many of my friends still are.  That’s why I cry for them.”

“I can listen better if I don’t look at the person.  I can look, but it’s not pleasant.  In ABA I had to look in people’s eyes with a timer.  It was so torturous I did it, but with terrible anxiety.”

Anyone reading this, I hope will be asking themselves what the objective is to insist someone “look at my eyes”.  Would we prefer someone looks at us and pretends to listen to what we’re saying or that they listen?  If someone is not able to do both, is there any point in insisting they do so anyway?

Again in Ido in Autismland:

“In ABA supervision I had to do drills in front of a supervisor with all my teachers.  Then they’d talk about me in front of me to decide how to improve my performance.  It’s miserable to be an object of study especially because they never realized I understood what they were saying.  The consequence of testing me in front of people is that I grew embarrassed and ashamed inside.  By analyzing me in front of me, usually wrong, I grew resentful.  It was so frustrating I don’t like remembering it to tell it now. It’s over for me, thank God, but not for other kids so I have to share this to help them too.”

Rather than continue to quote Ido’s book, I urge you to read it.  This is one person’s experience, but it is also an experience that a great many have said they understand and had as well.  For those who believe in ABA’s benefits, I just ask that you consider Ido’s words, echoed by so many.  There is no “winning” this argument.  All of us have, I believe, similar goals, and that is to do what proves most helpful for our children. 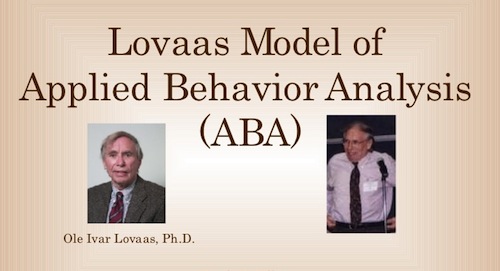 There Once Was A Girl…

There once was a girl who was in tremendous pain.  Her pain was so great she couldn’t manage it.  She tried, believe me, she tried.  She immersed herself in books, particular those dealing with people’s neurology, but also dabbled in science fiction, mysteries, thrillers, horror, romance, this was before the age of memoirs, so she devoured studies of other people written by psychiatrists, therapists of every ilk and doctors.  Losing herself in reading was thrilling, but it didn’t help her sort through the intense feelings she had.  All those books couldn’t begin to heal her often overwhelming feelings, anxiety, sadness and fear.

She thought that moving away might help so she did that, and then she moved farther and farther still and eventually she found herself living in another country and all those intense feelings moved right along with her.  By this time she was using substances to quell the pain, on a daily basis.   She knew she could zone out and for a little while anyway she would feel nothing at all and it was a great relief.  But as soon as the substance wore off she was left, once again, with herself.  She went from seeking relief, to needing relief, to feeling that if she didn’t do those things that gave her even momentary solace she might die.

There is no other way to describe what she went through when she could not indulge in certain behaviors.  SHE WOULD DIE.  She did not know this for a fact, but she felt sure that she could not exist without the things that changed her consciousness.  She was convinced that these substances helped her cope and that without them she would not be able to, and all those feelings would overwhelm her, suffocate her.  She lived in terror of this.  Years went by and she did the best she could, but her need for calm and peace was never satiated.

As time went on she knew that if she was going to continue living in this world she would have to change, she would have to find other ways of coping, of just being.  And again her fears both mesmerized and caused her to stay stuck doing the same things again and again that now did not give her the relief they once did.  She knew in her heart she would die if she continued doing what she had been doing.  She knew it was only a matter of time now.  The thing that she once thought was keeping her from dying, was the very thing that would kill her.  Still, how to change?  What could she do?  How would she stop?

At first she sought help from doctors and therapists and the medical profession.  She tried the various things they told her to do.  She made charts and ate specific foods and took supplements and lots and lots of vitamins, but nothing she did made a difference.  She went to psychologists and talked and talked, for years she talked, and while that helped her understand some of what ailed her, all that talk didn’t help her stop hurting herself.  One therapist, someone who loved her very much and had been trying to help her for many years said to her, you must find others who do what you do, they will help you.  So she found them.  Hundreds of people just like her who did the same things she was doing.  They listened to her pain and shame and they nodded their heads and told stories of their own and they said, “Here. Grab our hand.  We will help you.  We will show you the way through because you cannot do this on your own.  This isn’t about will power, this isn’t about desire, this is about needing help.”  And so she did, though she was filled with abject terror and was not at all sure she would be able to follow them, she did.  They taught her to breathe when she was scared and they took her calls in the middle of the night and they came to her when she was too frightened to leave her apartment and they sat with her when she was too overwhelmed to move.  They taught her that she alone could not help herself, she needed others.  This was both a great relief and also her greatest fear.

Over time she learned to tolerate all those feelings she once believed would kill her.  It was incredible!  She could not believe she was able to sit with feelings!  This was a revelation and she grew stronger and more able to be in the world.  She learned to ask for help and she found some people were safe and others were not.  She learned to be in a relationship with another person and to respect them and to honor their boundaries and she experienced the joy of kindness and acting in kindness for no other reason than because it was a part of who she was – to be kind.  She experienced the joy of helping others who were in pain and came to believe there is no greater gift in this life than to offer a hand to another being who is in the depths of despair and pain.