“Trashing Common Misperceptions About Autism and Autistic People and Creating a New World” – that’s what I first wrote as the title for this post, but it’s a mouthful and given the limit on characters on twitter, I revised it.

We just returned from Tampa where Richard, Em and I went to a screening of Wretches and Jabberers and to stay with my friend Lauri and her family, or as Em referred to it, “Have sleepover with Henry three.”  Which is an apt description because we spent three nights there.  Four days and three nights of paradise.  Four days and three nights of being with another family and a whole group of friends, new and old who didn’t judge, but rather embraced, a truly inclusive group, coming together, eating, laughing, connecting, talking and typing.  It reminded me a little of my experience at the Autcom Conference this past fall, except it was far more intimate and this time my husband and daughter shared the experience with me.  For four days we were given a glimpse of paradise.   A little peek into what our world could be like, but isn’t…  not yet.

Many people believe, erroneously, that Autistic people aren’t as interested in having friends, developing relationships or crave having mentors as we, non-Autistics.  Those people have never seen Henry’s smile when he is around his mentor and friend, Tracy. 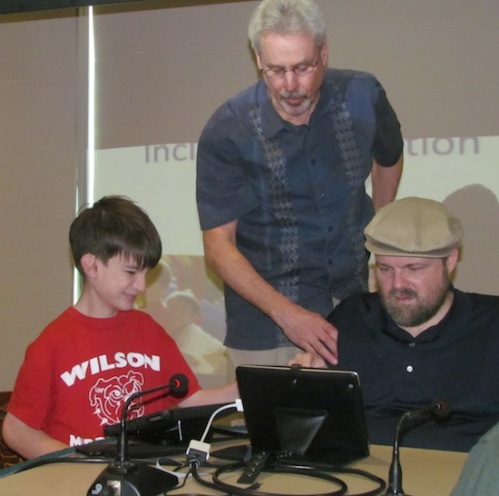 Those people who doubt, didn’t witness Emma’s tears last night when we returned home and she made me promise we would see Henry again and have another “sleepover” with him and his family.  They did not witness Henry and Emma’s laughter and joy from being around each other.

Em and Henry hanging out together by the pool 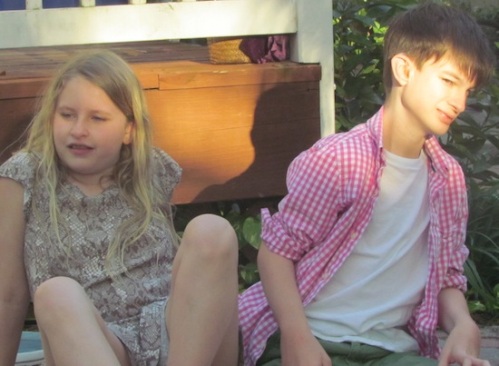 Larry takes Emma’s photograph – perhaps the single greatest compliment a person could receive.  (Amy Sequenzia is in the background.) 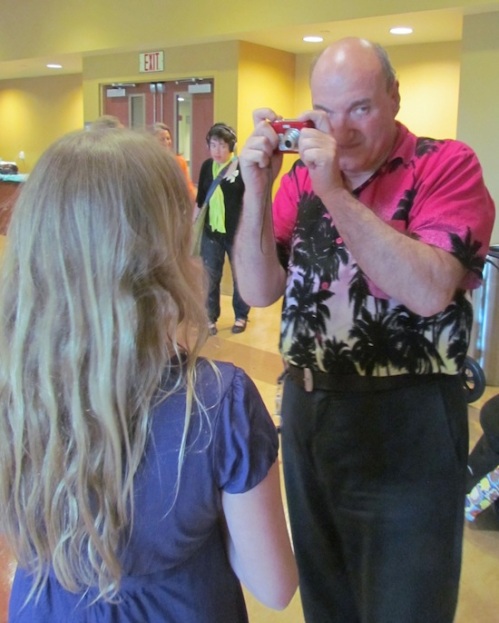 Just because someone cannot or does not express with words their love for another in the way we might expect, does not mean they do not feel it.

Many believe that if a person doesn’t speak, or speaks with a great deal of scripting and echolalia they are not interested in communicating or have little to say.  Those people have never witnessed a typed conversation between those so-called, “non-speaking” or atypical speakers.

Emma, being the consummate performer that she is, could not resist occupying the seat Larry vacated during a break at the University of Southern Florida, the day before the screening, where she wrote for all to read – “My mom and dad hope to meet more people like Larry and Tracy.  Wow(*!)  I am stirring up a crowd(*.)  time to work with people at home in new york to show them it is the intelligent emma there…”  *punctuation was added by me for the purpose of this post and indicates the smile Em gave and the pause she took between typing “crowd” and “time”. 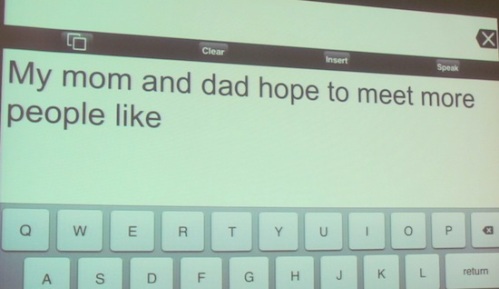 Many people are surprised to learn that even those who do not speak can have wonderfully nuanced senses of humor, can enjoy deep, meaningful friendships, have a great deal to say and are often far more profound than most speaking people are in any given 24 hour period.

A conversation between Tracy, Henry and Emma about getting on board the “inclusion typing train” the night before the Wretches and Jabberers screening.  Tracy is to Henry’s right and out of the picture frame.

Tracy, Henry and Emma make a “pitch” to Academy Award winning director, Gerardine Wurzburg who was standing nearby! 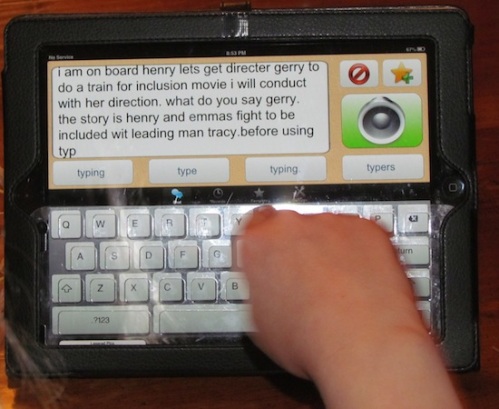 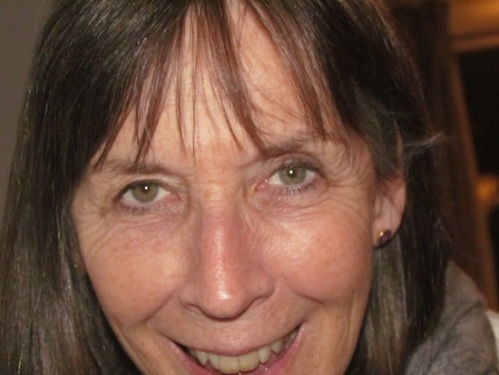 Many people assume Autistics have intellectual limitations commensurate with their “severe” and “moderate” labels, yet given appropriate accommodations this idea has been proven wrong again and again.  Yet another reason those labels are not only meaningless, but actually damaging.

Tracy types in answer to a question from the audience about the impact the documentary and meeting monk Hogan has had on his life. 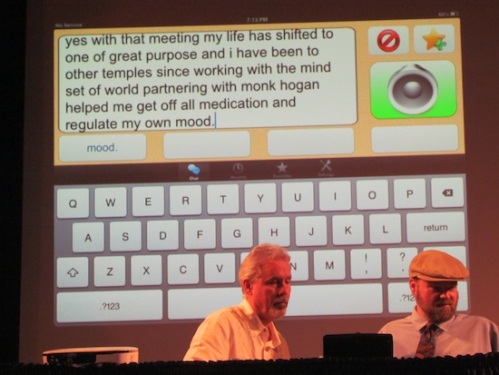 Many people believe inclusion of Autistics in schools will “bring the other children down” and that inclusion in society will be harmful, when the truth is the opposite with many studies proving this.   (Why this even needs to be proven, is something I am still trying to wrap my mind around!)

Mary Schuh (director of development and consumer affairs at the National Center of Inclusive Education Institute on Disability) and Henry at the Wretches and Jabberers screening at the Tampa Theatre, April 6th, 2013.  Henry is now attending the public school near his home. 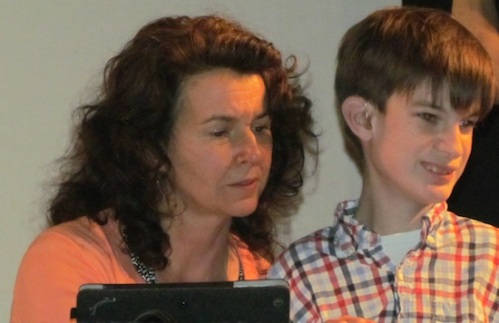 These are only a few of the beliefs people have when it comes to autism and Autistic people.  Yet, if people were able to witness a weekend such as the one we just experienced, I guarantee their minds would be changed and we would be one step closer to creating a new world.