In our ongoing “spring cleaning” (which never seems to end) I came upon a large spiral notebook filled with notes from the dozen or so ABA therapists who came to our home beginning in November, 2004 through August, 2005.  Emma was just two years old when all of this began.  It’s a fascinating document of that time period and it depresses me to no end.  Over and over the notations remark upon Emma’s “clingy-ness to Mom”, her “whimpering” and “despondency” when I would leave the room and her internal discomfort.

It is impossible for me to read the notes and not see an obvious pattern.  For a therapy that prides itself in collecting data, it is curious that this larger and, what seemed to me anyway, obvious pattern was largely ignored or, perhaps it is what naturally happens when we pathologize a neurology.  Emma’s desire to seek comfort and assurance from me, her mom, was seen as a negative, something to be trained away, something that was getting in the way of more important things.  It is ironic that this was being said about a young child who was diagnosed with autism, which has, according to all those experts, as one of its most defining characteristics, “social impairment” and an inability to form close bonds.

A two-year old not wanting to go off with a stranger is considered a “good” thing by most people.  That this same child would prefer being with their mother, even after getting to know someone else, would still, in most instances, be thought of as an excellent example of bonding and having a close relationship with one of the most important people in that person’s life – their mother.  After all, if you cannot trust your mother to protect you, to be there for you when you are two, how will you learn to trust anyone later in life?

Richard and I talk about “what we would have done” all the time.  Not as in – what would we have done if we could do it all over again – as much as, what would we do now if we had a two-year old today who was just like Emma.  And the first thing, the absolute first thing would have been PRESUME COMPETENCE.  That is the key, the foundation by which everything else would have been gauged.  This does not mean expecting a two-year old to understand, know and behave as a twenty year old.  It means we would have presumed she understood and felt what a two-year old is capable of understanding and feeling not less.

When Emma began her ABA based preschool in the fall of 2005, I was told to drop her off and immediately leave.  Yet when my non autistic son went to preschool they had a three-week “transition period’ in place where parents routinely stayed with their child, slowly reducing the time they stayed until eventually the child separated from their parent when they felt comfortable to do so.  Each child was different.  Some children ran off within the first few days, others needed more time, some needed several weeks, but no one said, “Leave now, even though your child is hysterically crying and clinging to your leg, it will be good for them.”  I remember asking about this at Emma’s preschool and being told they didn’t allow parents to stay with their child as this only prolonged the child’s suffering.  How is it that one method is good for one child, but not another?

Knowing how sensitive my daughter is and was, knowing how intensely painful this must have been for her, I can only sit here, filled with sadness that we just didn’t know better.  It was as though, when we got her diagnosis, all common sense left us.

So I am asking all my Autistic friends – What would have helped you when you were a small child?  Would it have been helpful to have your parent stay with you until you were comfortable and felt safe enough to go off on your own?  Would you have liked knowing your parent was there, even if you didn’t need to be right next to them?  What do you advise parents new to all of this?

Musings on Fear, Dehumanization and Other Light Topics Worthy of A Friday Morning…

I have always had an irrational fear of institutionalization.  Irrational because I have no “diagnosis” or valid reason that would make such a fear reality unless you count being high-strung, emotional and I’ve been told over the years, “too sensitive” but I don’t think people are ever actually institutionalized for that… or are they?

Maybe it was the stories I was told as a child about a couple of my relatives, now dead, who were institutionalized against their will by family members intent on getting them out of the way, or perhaps it was from all those months my father spent in the hospital clawing his way back to the living after a horse back riding accident that left him disabled for the remainder of his life, or maybe it was the books I read and was drawn to as a teenager.  Books detailing (supposedly) real lives lived such as Dibs in Search of Self, Sybil, The Three Faces Of Eve and Go Ask Alice.

Whatever the reason, I had and have a terror of being “put away”, locked up somewhere.  This fear includes hospitals, group homes, prison, any place that removes my ability to walk away when I choose, and places my care in the hands of others.  As a quick example of how much this fear permeates my life, I gave birth to both my children naturally and in birthing centers, not because I have an aversion to drugs, (I had a lively and deep attraction to drugs of all kinds during my teens and early twenties – I do NOT recommend this) or because I’m a granola-eating, Birkenstocks wearing vegan. (I’m not.  Not that there’s anything wrong with anyone who might fit that description.)   No, I gave birth naturally and in birthing centers because my fear of hospitals aka institutions is so great I begin to feel real panic even writing about it.

When I had to have a partial hysterectomy last winter I informed my surgeon I wished to be the first one in and assured him I would be going home that evening.  When he suggested I might want to stay overnight at the hospital, that even in the best of circumstances I would probably NOT be released to go home, I became so agitated and visibly upset he relented and said he would do all he could to get me home that night.  And sure enough, despite being so out of it I could barely put two words together, let alone a whole cohesive sentence and had a head the size of a watermelon from having been hung upside down for more than five hours, I managed to get myself upright.  My husband, using all his strength half carried, half dragged my useless, morphine infused body out of the hospital and into the relative safety of a taxi driven by a kind, middle eastern gentleman whose upper head was encased in white cloth aka a turban, that reminded me of medical bandages.  In my drugged state I kept imagining I saw blood pooling on the white cloth and had to open a window so as not to hyperventilate and throw up.  As the taxi careened along the streets of Manhattan, I allowed my body to slump against my poor, patient husband who was busy distracting himself with the latest New York Times Crossword puzzle.  Even so, all of this was well worth the effort as I made it home and into our bed by 10:00PM that night.  Panic attack thereby averted. *Whew*

When my daughter was diagnosed with autism, my fear of  institutions was the one fear, outstripped by any other, that brought me to my knees.  For years it was this vision, that horrifying gothic institution, dark and forbidding that I became convinced would be the inevitable conclusion of not my life, but hers once my husband and I died.  It was this looming image in my mind that made me hurl myself headlong into various remedies and treatments.  For years I felt sure that anything we could do to save her from such a bleak future was surely a worthy goal.  It just never occurred to me that what I thought was inevitable was not. And this is where I thank my Autistic friends for courageously sharing their stories with the world.  Because of them, their lives, their stories, I no longer believe this is my daughter’s inevitable future.

Judy Endow is a writer, a consultant, a mom, who conducts workshops on Autism related issues.  Judy is Autistic and spent several years in an institution as a teenager.  In her terrific book, Paper Words she discusses how she perceives the world by the movement and sounds of colors and writes,  “… please entertain the notion that a person who has an internally wired neurology to enable this, though a bit different from most, may not be any less intelligent, or indeed any less of a human being, than the typically wired folks, who are clearly in “The Majority” in the world-people world that we all inhabit.”

As I read Judy’s powerful book I reflected on the nature of institutions, disability, aging and difference and how we humans tend to dehumanize those we believe to be weaker than ourselves, whether physically or mentally or both.   Until we can begin to embrace that which we do not understand or have experienced we cannot really know the harm we do, intentionally or not to those who must rely on others for understanding, accommodation and help.  Most of us, at some point in our life, will be dependent on another human being to have, at least some of, our needs met.  Let’s all hope we are fortunate enough to have someone who understands theirs is not a position of power, but a gift each of us can give to another, until it is our turn to receive it. 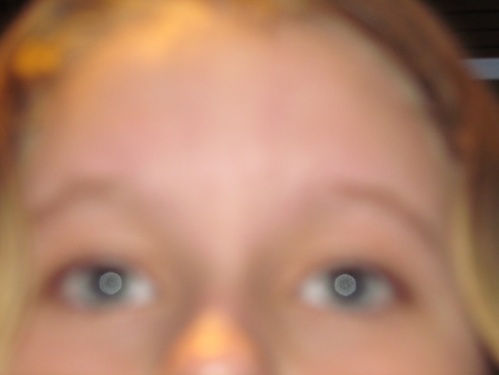