The Trouble with Treating “Behaviors”

A child throws a chair or their shoes at school and the parents are told of their child’s “problematic behavior”.  A child pokes another child repeatedly and when told not to, laughs and does it again.  The teacher tells the child they will not be able to go out to the playground at recess as punishment.  A child runs from the classroom, causing the teacher to stop her lesson and pursue the child.  The child is given a time out for displaying “challenging behavior”.  A child does not respond to the teacher, does the opposite of what is asked and the parent is informed that their child is “out of control” or “refuses to listen” or “is being disruptive” or any number of other comments that so many parents routinely receive from the various teachers and schools that our kids attend.

Each time it is the child’s behavior that is highlighted, documented, and charted.  Reward systems are put into place, time outs are given, the child is told there are consequences to their actions and things they love are taken away to demonstrate this point.  The thinking goes that behaviors must be treated.  But I question all of this because I’ve read too many stories that beautifully explained these so called behaviors by many people who spent a great deal of their childhood being misunderstood and told their behaviors were “out of control” or “challenging” or they needed to understand there are consequences when they were responding to other things in their environment.

Imagine you are on the school bus and another kid is seated directly behind you.  They scratch the back of your seat with their fingernails.  The sound of their scratching, coupled with the vibration caused by it, makes you feel as though your entire body was covered in crawling ants and the vibration makes you feel physically ill.  You do not have much spoke language that you can easily access and the language you do have is thought of as echolalia so it is often ignored.  Never-the-less you do the only thing you know to do, you shout, “No!  Stop doing that.  You cannot hit, you cannot punch, you cannot bite!”

The other kid thinks this hilarious and realizing you are directing this at them, continues to scratch the back of your seat, except now they are doing it with renewed vigor.  The bus matron comes over and tells you to stop yelling, that you are being disruptive and need to be quiet.  The kid behind you continues to scratch your chair, and despite your protests, despite your attempts to make him stop, he will not.  Eventually you turn around and spit at the kid.  The matron comes over, now furious and tells you that you must apologize and that she intends to tell your parents how badly you’ve been behaving.  So you spit at her too.

When the matron tells you that you will not be allowed back on the bus, something you love riding, you begin to cry and bite yourself.  Again you are yelled at, told to stop it immediately….  When you get home your parents tell you this kind of behavior is unacceptable and on it goes.  No one says a word about the boy who was making your bus ride miserable.  No one talks about his behavior or that there are consequences, in fact there appear to be no consequences to some people’s behavior, only yours.  The message you learn is that terrible things will happen to you, seemingly without reason, without any explanation and that you must be hyper vigilant and avoid sitting near any other kids.  The next time you board the bus you attempt to sit in the very last seat, but are told you cannot and are seated in front of the boy who delights in scratching your seat.

(The above story happened to someone I know well and it was only when I was able to type with this person that the whole story came out.)

A few months ago I read about a boy whose older brother would punch his friends on the shoulder upon seeing them.  They all smiled and laughed.  After much observation, the younger brother decided that this was a good thing to do, especially to someone you liked and wanted to be friends with.  So the next day when recess rolled around this boy went up to another kid and punched him in the shoulder.  Only the kid didn’t laugh or playfully punch him back.  Instead he yelled at him to stop hitting him, called a teacher over and the other boy was sent to the principal’s office.  The boy was told if he continued “picking fights” he would be expelled.

These examples are but two of dozens about so called “behaviors” that are seen as problematic and in need of various interventions to deal with them.  And yet, when one listens and asks non-scolding questions from a place of curiosity without threat of admonishment there is almost always a reason for these so-called “behaviors” and the reasons may illuminate why the various interventions to treat them will not work, or will work to make the person learn to camouflage or quell their behaviors, but will not help the person learn how to cope or deal with the things causing the “behaviors”.  Treating actions that are seen as problematic as though they occur in a vacuum is like applying a band-aid on a rash caused by allergies.  The band-aid might cover the rash from view, but it will do nothing to treat the cause.

It is interesting to note that there are people who consistently work with those who are known as having “problematic or challenging behaviors” and yet, all of those so-called behaviors disappear when they are treated with respect, presumed competent and they are not treated as though their actions are intentionally disruptive. 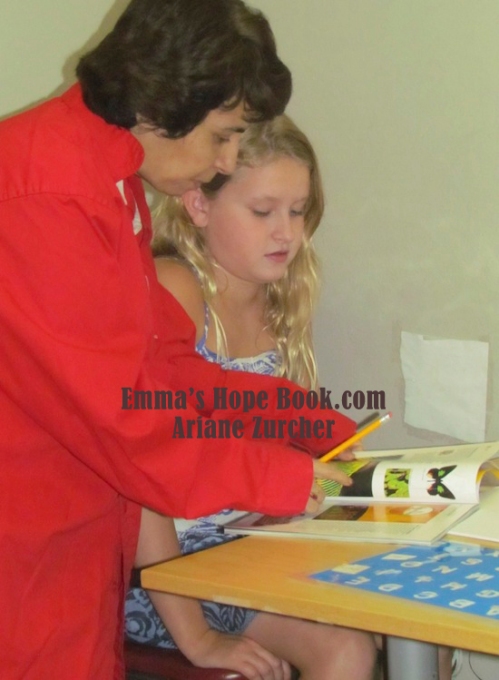 54 responses to “The Trouble with Treating “Behaviors””