When We Say Things We Do Not Mean

Erratic speech.  Unreliable language.  These are all words to describe what many, like my daughter, experience.   Speech that does not represent what is meant,  but that people hear and make assumptions about the person based on what has been said.  Rosemary Crossley in her book, Speechless talks about nominal aphasia – “One of the familiar aftereffects of stroke, for example, is not being able to say what you mean.”

Many years ago I became friends with a man who’d had a stroke, leaving him aphasic (meaning he was mostly unable to speak, though he understood what was being said to him.)  Every few months my then boyfriend and I would pick him up at his apartment and take him somewhere.  I don’t remember if he could type his thoughts, this was long before the advent of the iPad, and as he could not hold a writing implement, this was not something he did when we were together.  I do not remember him ever uttering a single word.  Prior to his stroke he had made a name for himself as an avant-garde theater director.  In the theater world he was thought of as a god.  After his stroke he went on to direct a number of works with many famous actors.  People were willing to believe he could not only understand what was being said, but that he had a great deal to say, even though he could not verbalize his thoughts.   His name was Joseph Chaikin.

For those who are Autistic and also have unreliable speech, people tend to take what they say at face value and believe their speech is indicative of their thinking and thought process.  Yet this could not be farther from the truth.  Many are willing to dispense with their disbelief when someone is famous and once spoke, but most are not as willing to believe when someone has word retrieval issues, that they are capable of more than what we hear them say.  “…children who have never been able to speak fluently have not had a chance to establish themselves.  They have not had the typical infant’s experience of controlling the world with their speech.” ~ Speechless by Rosemary Crossley

And as a result they also do not have the same types of interactions with others as those who have more fluent speech.

“Because our judgments of intellectual capacity, both formal and informal, are strongly tied to speech, a child who says the wrong words, who gives “silly” answers when asked questions, is likely to be seen as stupid.  A child who can never find the word he wants, or a child who cannot make his tongue do what it should, can come to associate speech with tension, embarrassment, and failure.” ~ Speechless by Rosemary Crossley.

“Children with severe speech impairments often develop behavioral problems. These may simply be a result of the frustration inherent in not being able to say what you mean, but this frustration may also be exacerbated by the reactions of the people around them.” ~ Speechless by Rosemary Crossley

One young man who had unreliable language and who Rosemary worked with typed, “I dont make sense and people think Im senseless.” Speechless by Rosemary Crossley

Typically, when someone speaks to us, we believe that what they say is what they mean to say.  We respond  accordingly.  When people tell me something Emma has said and how they don’t understand why she then became so upset because they were doing what she told them she wanted, I understand.  I understand how frustrating that must be, for her, for the other person, for everyone involved.  Emma does not have phrases like, “Oh I know the answer to that, but I can’t think of it just now” or “give me a minute, it will come to me” or “it’s on the tip of my tongue” or “I just had it, the word was right there” or “what’s the word, you know it sounds like ________?”  or “wait, I know this, I know this…” or any of the other things most of us say when we know something, but the words have momentarily escaped us. 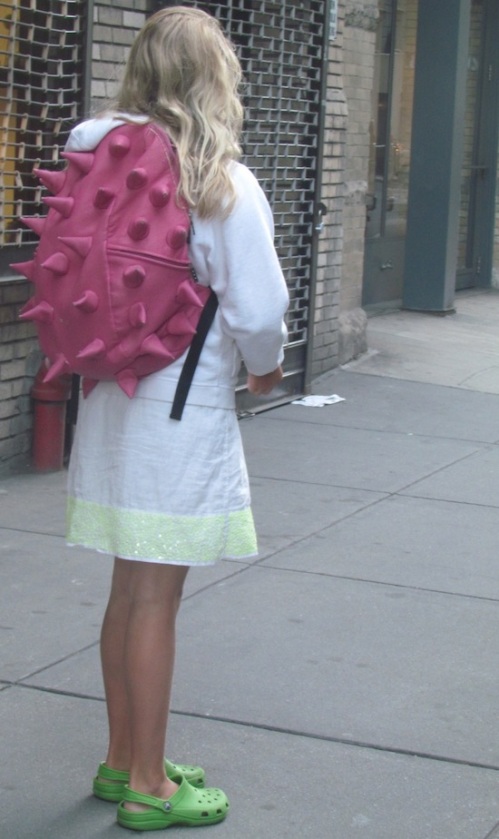 44 responses to “When We Say Things We Do Not Mean”