We returned home last night from the ICI Conference (Institute on Communication and Inclusion) at Syracuse University and though it was wonderful to see those family members we’d left behind, being “back” is hard.  I don’t do transitions well. As a kid I would eagerly anticipate having a sleepover at a friend’s house weeks in advance, only to return home depressed.  It is still like that.  It often takes several days before the weight of sadness, that accompanies returning from a place where I’ve had a terrific time, is lifted.  Even though all that excitement, fun and the constant interaction with lots of people is exhausting.  Yesterday I was so emotional I knew I was in overwhelm, but we had a whole day of presentations ahead of us, so I ploughed through.

When I reach this point of exhaustion and overwhelm I become emotional.  Anything can set off a torrent of tears.  If someone says something even remotely critical the tears begin to flow, watching a movie, saying good-bye, tears and more tears; it’s as though the social dam I’ve constructed gets chipped away until there are too many cracks to hold the feelings back.  Everything becomes intense, my friends become a lifeline, it’s no longer just nice to see them, I feel dependent upon them, as if without them, I may die, words spoken with anything other than kindness, feel like knives, music induces feelings of pain and euphoria all at the same time.  I am hyper aware of and easily overloaded with the feelings and interactions and the sheer numbers of people.  This is how I’ve always been.  I understand this about myself.  I am able to function, barely, but not without lots of tears.  So much so that Ibby handed me her plaid handkerchief at one point, causing me to cry even louder and harder and then came over and hugged me as I sobbed on her shoulder.

I become hyper aware of the injustices of the world, I feel both ecstatic to be among so many wonderfully accepting people, while also horrified by the “real” world we live in and must soon return to.  The disconnect starts to feel impossible.  I begin to believe the change so many are trying to create will never come about.  I slide helplessly into despair.  And then I bolster myself up by remembering other people’s words.  At yesterday’s keynote address with Jamie Burke, Sue Rubin, Tracy Thresher and Larry Bissonnette, Tracy typed,  “Larry likes typing out poking fingers on hurtful labeling to push his wrecking ball toward brick walls of structures of old thinking.  What I intend is to push my own ball of fiery passion of change to the global stage and shatter the glass like Pascal did in the city.  Pascal clumsily broke the water glass; Tracy intends to go about the Inclusion Movement more like George Clooney.  Charming Tracy’s plan; worldly connections repairing injustices is the wretches-in-arms plan.”

I have the choice to join all those who are using their “own ball of fiery passion”.  It feels less like a choice and more like an honor.   We can join each other.  Linking our arms, united in making society understand that to include is in everyone’s best interests and all will benefit.

I am ending with photographs from the last three days spent immersed in a world that accepted, appreciated and above all else, presumed one another competent… 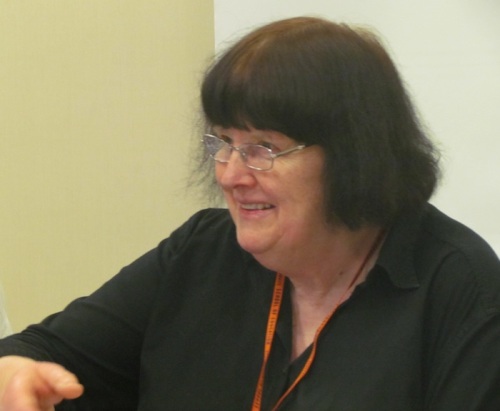 Me, Amy & Ibby after our presentation, “Blogging to Communicate”

Douglas Biklen and Me 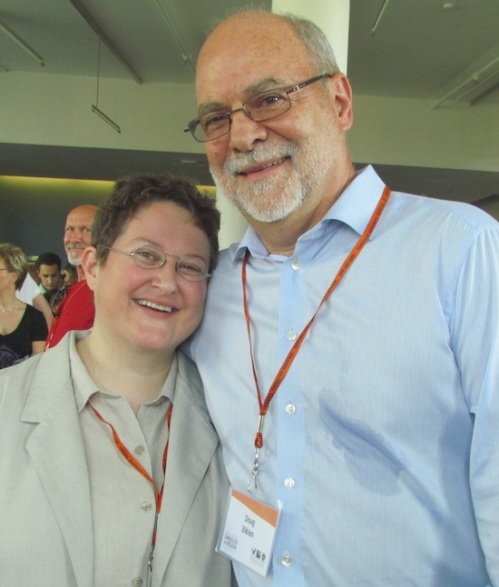 Mark Utter during the Q & A after the screening of his film, I am in here 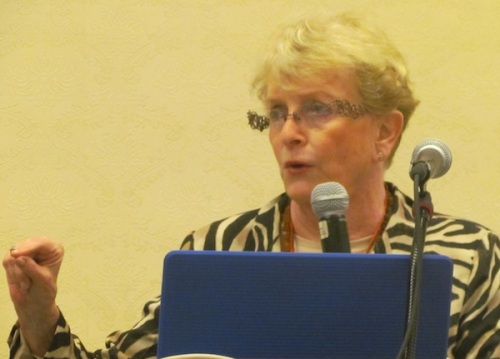 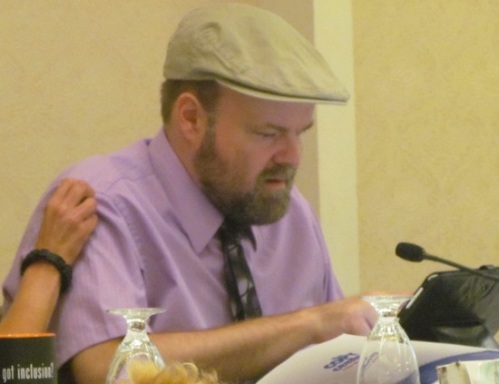 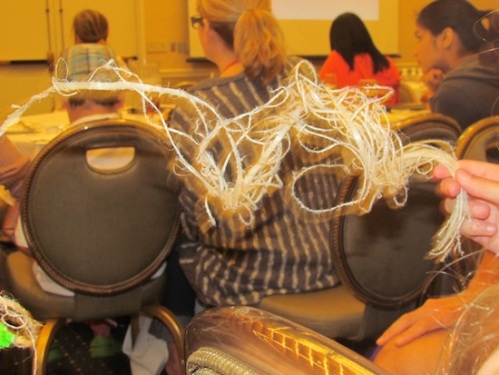 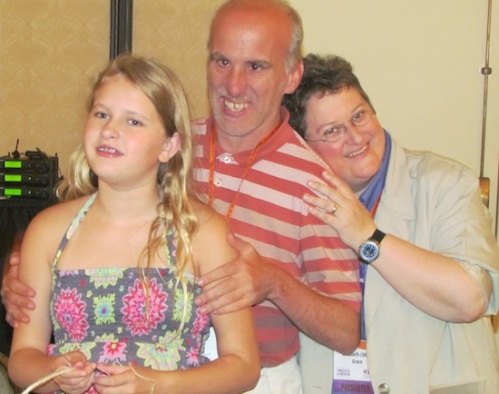