Another Way to Silence – Shame

Shame has a long and twisted history.   Over the centuries it has been used to coerce, to convert, to make people compliant, to keep people in line.  I’m not sure there is a “healthy” aspect to feeling shame, though I may be in the minority here as this article states, “Embarrassment and shame are important in the regulation of social behavior. Both emotions tend to occur when rules have been violated.”  But what if those “rules” are not actually in place for the good of ALL?  What if those societal “rules” serve the majority, but actually are a disservice to a minority?

The argument that without shame we would all resort to violent, unethical and amoral behavior is one I don’t agree with.  Plenty of people behave badly who are filled with shame, often as a direct result of the burden of shame they live with, but usually those who feel tremendous shame hurt themselves more often.  I question how often shame, actually motivates us to respond in positive and constructive ways.  In most cases, it seems to me, shame is less a controller of bad behavior and more an instigator of self-betrayal and self harm.

Shame is what people feel who have been on the receiving end of violence, violations, betrayal and abuse.  Numerous studies have linked shame with depression, suicidal ideation, post-traumatic stress, rape and incest.  The very people who could actually use a little shame appear to be without, while those they victimize carry the vast portion of it.  In these cases, shame is the emotional equivalent to metal restraints, intended to keep people in check, compliant and silent, particularly when used on children or a group of people who are already in the minority.

Many of the methods used, with supposedly great success, on Autistic children, has created a population of adults who feel tremendous shame, lack self-esteem, feel inferior, have anxiety, live with ongoing debilitating stress, all of which exacerbates the very “behaviors” these therapies attempted to remove.   The unending destructive cycle shame creates, does nothing positive for anyone, least of all our children.

I believe shame keeps us from flourishing.  It causes us to doubt, to become hyper aware, self-critical of our desires, our urges, our instincts.  Shame makes us feel incapable, unable, frozen and of little value.  From my perspective, shame is far more damaging than it is “healthy”.  Shame is exactly what I do not want my children feeling.  Ever.  In fact, shame is a warning sign that something has been taught improperly.  If either of my children exhibit shame about something, it is a signal that more needs to be discussed.

I do not want my children behaving in a certain way because they feel shame if they don’t.  I want my children behaving in a kind and loving manner towards themselves and others because they have learned it feels good to do so, because they have come to see that self-seeking, hurting others, gossip, betrayal and acts motivated by resentment and vindictiveness lead to more harm and like-minded behavior. All behavior is infectious.  All behaviors, good or bad can provoke others to do the same.  I am not naïve enough to believe it’s a given, but I do know that I like myself far more when I am kind and being of service than when I’m not.

I hope my children are learning the antithesis of shame and silent compliance, which is a strong sense of self-worth.  I want them to know now, while they are still so young, the beauty and joy of a healthy sense of self, that wonderful feeling of liking who they are as human beings, that feeling we are born with, but that over time can be taken from us.  I want my children to be in touch with those wonderful feelings of curiosity, awe and joy, so that when they make mistakes they aren’t destroyed by them, overwhelmed with shame and become silent.  I want to bolster them up, reassure them, encourage them, support them, so one day, they will be able to give hope and encouragement to someone else who may desperately need it. 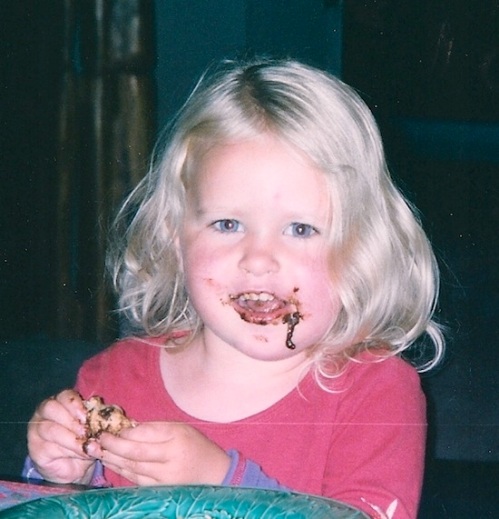 26 responses to “Another Way to Silence – Shame”