Another Topic of Controversy… No I am NOT Trying to Find Them, They Are Everywhere

Ever feel compelled to write about something that you’d just as soon not talk about?  I’m feeling that way about today’s post for a whole host of reasons which I’ll discuss.  But before I do, let me just say,  this is another one of those topics people feel strongly about.  I’m going to launch in anyway, because I’m either a glutton for punishment or I just can’t help myself or maybe, just maybe, this will strike a chord for others who may find it helpful, but please do remember I am not pretending to be an expert about any of this.  I am going to relate my story.  If it resonates with anyone else, great and if it doesn’t that’s fine too, but it is one of those topics that needs to be discussed.  So let’s do that.

The gluten-free, casein-free diet was one of the first things I read about after receiving Emma’s diagnosis.  I have to add that when I read about it I had enormous misgivings that had nothing to do with Autism or my daughter.  You see, from the age of fifteen until my mid-thirties I had an eating disorder.  I compulsively over-ate, I sought comfort and solace in food, but I was also morbidly afraid of gaining weight so I would eat enormous amounts and then taught myself to vomit.  Somewhere along the way I became anorexic too and over the next two plus decades yo-yoed between my all time lowest weight of just under 110 pounds to over 160 pounds.  Food and my weight were nothing short of an obsession.  In truth, I was an addict.  For those of you who recognize the addiction analogy with food I don’t need to say more, but for those of you new to this idea, I’ll just say this, food was as addictive to me as heroin is to a junky, the only difference being I can’t ever just stop eating.  I have to “play in the pool of my addiction” as my fabulous husband likes to say.

I’ve written about all of this ‘here‘ ‘here‘ and again ‘here‘ for those of you interested in all the gritty details.

In my mid-thirties I found help from other food addicts who were no longer active in their addiction.  I was able to form a whole support team who held my hand, talked me off the ledge, who became my allies and eventually I was able to stop the cycle of binging, puking and self-hatred that went along with those behaviors.  By the time I gave birth to Emma I had more than five years of freedom from my food obsessions. (Which at the time seemed like a VERY long time!)  I had my wonderful support group in place and a road map of tools and behaviors to help guide me.  So when I began reading about “the GF/CF diet” and how critical it was to implement should Emma be one of those kids who responded to it, I had a lot of “feelings” about it.  There was no question whether or not I would put her on it, but I also knew I had to be careful because of my history and what it would inevitable kick up for me.  So I called in my supports, made sure I kept honest, made sure my “team” of recovered addicts knew what I was about to embark on and took a deep breath before plunging into that dark water, which I hoped might help my daughter.

I won’t describe in great detail what happened as I’ve written about the diet in detail, ‘here‘, ‘here‘, ‘here‘ and ‘here‘.  You can also go to the right hand side bar on this blog, type “diet” into the search box and you’ll be taken to everything I’ve written on the topic over the years.  The short version of all of this is – we saw little change.  Emma’s constipation was unaffected, there may have been a slight increase in eye contact, but not enough to warrant the trauma the diet was causing Emma, who continued to drop weight at a frightening rate.  I wrote about the trauma of the diet and it’s aftermath ‘here‘.  But I must add that her trauma was a significant and distressing piece to all of this.  It is one thing for an individual to decide they must stop eating something because they know it causes their bodies distress, or allergies that are clearly identifiable and another thing to put a non-speaking child on a highly restrictive diet that they cannot comment on and which is only deemed successful by a parent who is doing their best to watch for measurable changes.

As a new parent who is just embarking on all of this, what do you do?  It was overwhelming for me.  I remember vividly how frightened I was.  There was so much information, often conflicting and I remember feeling the stress and anxiety all that information caused.  I also remember feeling terrified that I was doing everything wrong, that I was harming my daughter, setting her up to have an eating disorder further down the road and since my eating disorder was all consuming and eventually caused me to contemplate suicide, this was no small concern.  I became convinced that there was a right and wrong way, that if it worked it was “right” and if it didn’t it was my fault because I had done it “wrong”.

I don’t feel particularly comfortable giving advice to other parents.  As I wrote in the first paragraph, this is one story and it happens to be mine.  It’s the only one I can tell, but that doesn’t mean it will be yours.  So here’s the only question I can answer – If I had to do it all over again (thankfully I do not!) would I have put Emma on the diet that first time?  The answer is – I would have sought out a reputable pediatric neurologist who could have given Emma the blood work necessary to tell us whether the diet was something she would benefit from.  I would have looked for scientific evidence giving me reason to put her on such a diet and without that evidence I would not have put her through it.  There are enough people, regardless of their neurology, who have benefitted enormously from modifying their diet.  There are too many anecdotal stories of significant change from those who do benefit to ignore it as just another bit of quackery.  BUT, and this a big but, no diet, in my opinion, is capable of changing an Autistic child/person into a non-Autistic child or person.  Or as Karla Fisher gave me permission to quote her said, “… it can and may seem like the autism goes away but it is important to remember that it does not. The EF (executive functioning) and SP (sensory processing) issues get reduced but the context difference will always be there so child will always need support.” *Parentheses are mine.

So let’s discuss and if you disagree, explain why, if you agree, please say so because I really love being agreed with! 🙂  And if you have some other thoughts about all of this go ahead and say what they are, because this topic is one that comes up all the time and it is confusing, complicated and for new parents can be the cause for tremendous anxiety and worry, not to mention the upset and trauma it can cause our children. 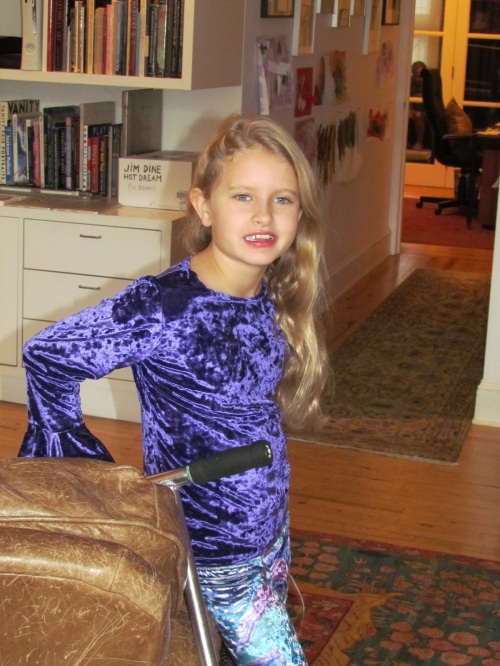 88 responses to “Another Topic of Controversy… No I am NOT Trying to Find Them, They Are Everywhere”