“The Signs Of Autism”

When my daughter was diagnosed I heard all the autism statistics.  I read a great deal and I learned a lot.  But what I learned was not so much about autism as it was about non-Autistic perceptions of autism and what that meant to those who are not Autistic.  Non Autistic people tend to view autism with tremendous fear.  There’s so much we don’t know.   Non Autistic parents are left trying to sift through the opposing opinions about a child they may have a difficult time understanding.  Most parents deeply love their children and want what they believe is best for their child.  So when they see literature describing the “signs of autism” it looks scary.  The various “signs of Autism” do not bring them any closer to understanding their child, rather they serve as a critique.  Right away parents are shown how to view their child as less than, as not good enough, as “wrong”.

From the Mayo Clinic the first sentence under the heading “Symptoms” reads, “Children with autism generally have problems in three crucial areas of development – social interaction, language and behavior.”

If I had read this sentence upon receiving my daughter’s diagnosis I would have thought, okay, so how do we fix these problems, because  problems are to be fixed, right?   And though I did not read this exact sentence in 2004 when my daughter was diagnosed, I read a great many just like it.  I never once thought about the sentence and who was writing it.  I never once questioned it’s validity or examined the words being used.  It never occurred to me to read this sentence with skepticism and doubt.  It didn’t occur to me to wonder how my two-year old daughter might feel growing up in a society that believes the ways in which she interacts, speaks and behaves are viewed as problematic.  But I think about all of this now.  Not because my daughter is reading a sentence like this or because we are discussing things of this nature, but because I see everything regarding autism and those who are Autistic differently.  I am hyper aware of the judgmental and critical tone in almost everything to do with autism because I now know a great many people who are Autistic and they explain it to me.  I now know how offensive this language is and I understand why.

The point I’m trying to make, (probably poorly) is that almost all the literature about Autism is written by NON Autistic people and negatively compares Autism to a different neurology.  Is it any wonder parents feel so confused?  How is this thinking helping our kids?  How is it helping parents? 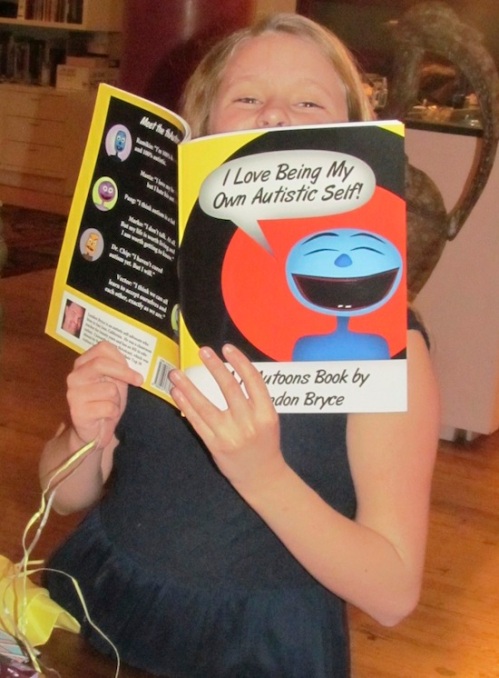