In Emma’s RPM session yesterday with B. on the topic of discrimination, Emma wrote, “Autism voices have been silent.” (Emma initially typed “silenct and then she edited that to “silent”.)   B. encouraged her to write more, asking her what she suggested.  Emma wrote, “take time to try and learn from us instead of staring at us like we are garbage.”

When she wrote the word “garbage” I felt sick to my stomach. This, from my twelve-year-old daughter.

I remember when my father would call me into his home office to scold me for my latest infraction.  I remember the shame I felt.  I still remember the tingling feeling of rebellion mixed with self-doubt when I noticed the disapproving stare of a stranger upon seeing my outfit – a crop top and pair of cut-offs that I’d smuggled into my backpack to wear to go shopping with a friend after school.   There was shame then too.  But stares like I’m garbage?  No.  I don’t know what that’s like and yet, my twelve-year-old daughter does.  Twelve years old.  Evidently she knows this feeling all too well, as there was no hesitation when she wrote that sentence yesterday.  It wasn’t like she had to stop and think about her answer.  She didn’t pause before pointing to the letter “g”.

B. had been talking about Martin Luther King.  She had spoken of the civil rights movement and quoted a few things Martin Luther King said.  Emma immediately wrote about autism.  No hesitation there.  I can’t really console myself with the idea that racism and discrimination are no longer an issue in the United States and therefore the prejudice Autistic people encounter will change any time soon as well.  The language has been cleaned up, people know not to use certain words, but the feelings, the feelings of bias, the violence that prejudice and oppression encourage continues. 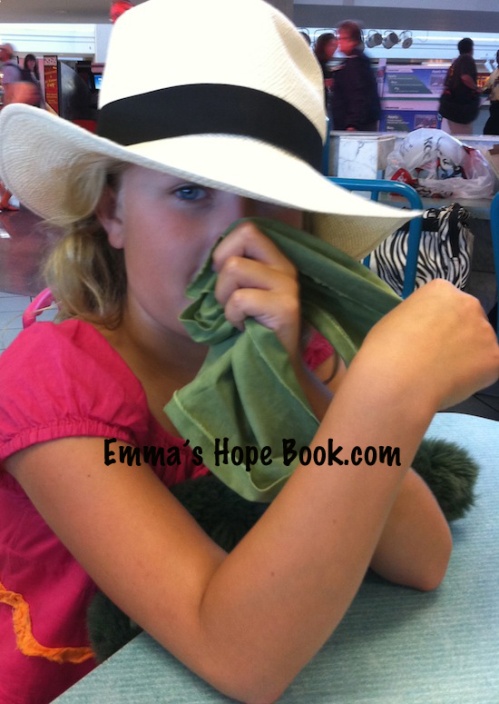