The Evolution of a Perception

As I wrote yesterday’s post about Emma’s progress in the past year, I realized how much my perceptions and views have changed since beginning this blog.  When Emma was first diagnosed I cycled through a series of emotions fairly quickly.  Some, like guilt, grief and anger hit me with a violence that took my breath away.  Others ebb and flow, while still others, like acceptance, came more gradually, but all of these things continue to change.  My ideas about autism, what that means to Emma and to us have changed.  I no longer believe there is a neuro-typical child named Emma hidden beneath guaze like layers of autism.  A child who, if we could just find the magic thing that would remove the autism, would emerge, intact, speaking in beautifully, articulate sentences, a child who would suddenly converse with us as though all these years had been silent practice for her grand debut.  I do not believe we can extricate Emma from her autism.

I have gone from thinking it was wrong for me to slap such a potent label on her, that it was kinder, gentler, more empathic to say – my daughter has autism – than to use, the more blunt and direct, “she is autistic,” to the question I now find myself continually asking – what would she say, if she could?   I don’t know.  Until she tells me, I cannot know.  But I won’t stop trying to find out.

In my search to understand Emma, I have found voices, and there are dozens and dozens of them out there, autists who, now in their 20’s, 30’s, 40’s and 50’s have blogs where they articulate what many cannot say with spoken language.  These are the so called “high functioning” autists who can communicate, some not verbally, but who have found ways to communicate through typing and other forms of communication.  Their opinions, their voices, often poetic, at times angry, despairing, brutally honest, always insightful, are making themselves heard through their blogs.  Finding these sites has been akin to learning there is a vast alternate universe.  There is so much I did not know, do not know, but want to learn.  Over the course of the past eight years, with the sole intention of helping my daughter, I have done almost every single thing many speak out against.  I didn’t know.  I thought I was fighting for Emma.  I thought my focus on a “cure” was a good thing, the noble thing, the thing that would release her from the bondage of autism.  It never occurred to me that my focus could be perceived as a kind of bondage in and of itself.  By the way, I am not beating myself up over this, or more accurately am trying hard not to, but am doing my best to listen and learn.

The abuse, the prejudice, the cruelty all of these austists have endured is staggering.  One of my favorite blogs, by the incredibly talented Julia Bascom, called Just Stimming is filled with such pain.  She writes so beautifully and with such honesty, I read her words and feel overwhelmingly grateful for her voice.  E. is another such voice with her blog, The Third Glance.  Then there’s Landon Bryce, who’s blog ThAutcast is peppered with youtube videos of himself talking.  Provocative,  passionate, he is always interesting and someone I would love to have a conversation with.  There is LOVE-NOS, a group blog with three authors sharing their views and thoughts, one of whom is Julia Bascom. Another group blog, Wrong Planet describes itself as – “a community designed for individuals (and parents/professionals of those) with Autism, Asperger’s Syndrome, ADHD, PDDs, and other neurological differences.”

The point is, these sites are educating me in ways I could not have imagined.

Someone named Kathryn commented on another blog:  “Here are two broad categories of parent attitudes about autism. (Others may exist, but these are common and pertinent.)

1. I want my autistic child to function the best he/she can, and will do anything I can to help him/her overcome the difficulties posed in his/her life by autism.

I aspire to be the parent described in #1.

For more on Emma’s journey through a childhood of autism, go to:   Emma’s Hope Book 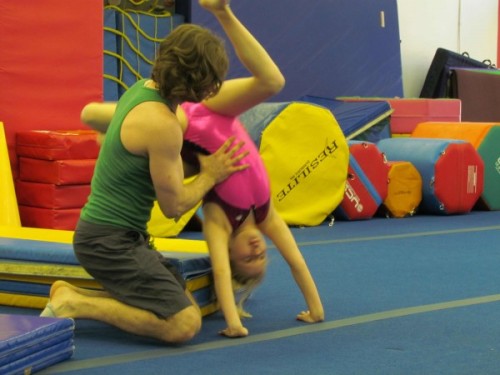 My friend Kelly sent me this link to a post entitled The Obsessive Joy of Autism.  The piece is written by Julia who is on the spectrum and one of three contributors on a blog, Love-NOS.  I have only begun to read some of the posts, but it’s a terrific blog regarding autism and being autistic, but also about being human, our differences, our intolerances, our society and culture and how we hurt others with our judgements and by insisting our ideas of what is “right” should be adhered to by all.

“One of the things about autism is that a lot of things can make you terribly unhappy while barely affecting others. A lot of things are harder.

But some things? Some things are so much easier. Sometimes being autistic means that you get to be incredibly happy.”

Julia goes on to write – “Without this part autism is not worth having.”

I have written before about Emma’s joy.  We call it her bliss.  Left on her own she is in a state of almost constant bliss.  The kind of bliss we neuro-typicals work so hard to attain.  We take classes, read books, go to retreats and meditate all with the hope that we will be able to feel that bliss, no matter how fleeting.  Emma’s bliss is a part of who she is.  It is one aspect of her Emmaness. It is infectious and beautiful.

Julia writes – “If I could change three things about how the world sees autism, they would be these. That the world would see that we feel joy—sometimes a joy so intense and private and all-encompassing that it eclipses anything the world might feel. That the world would stop punishing us for our joy, stop grabbing flapping hands and eliminating interests that are not “age-appropriate”, stop shaming and gas-lighting us into believing that we are never, and can never be, happy. And that our joy would be valued in and of itself, seen as a necessary and beautiful part of our disability, pursued, and shared.”

My wish for Emma is that one day she could articulate her thoughts and opinions as beautifully as Julia has here.  Everything I am doing, every “study room” session we do is with that hope in mind.

For more on Emma’s journey through a childhood of autism, go to:   Emma’s Hope Book