“Picky eater.”  This is how Emma has described herself and gave me permission to quote.  Food and eating in relationship to my daughter are topics I have (in the last year and a half) avoided on this blog  for a variety of reasons, but the biggest being, because I spent twenty-two years of my life in the throes of an eating disorder documented ‘here‘ and ‘here‘ and so have very conflicted opinions about all of this.  I have no problem discussing my own issues regarding food, but I don’t have that leeway when talking about my daughter’s relationship to food.  It’s not my story to tell, it’s hers.

So this post will not be about her interactions with food as much as it will concentrate on my own as the parent of a “picky eater.”  Despite my better instincts, I became way too involved in my daughter’s food, what she ate, what she didn’t.  I made the mistake of believing there was a link between her inability to speak and what she was or wasn’t eating and that concern overrode my gut feeling that I needed to stay out of it…  twice.  As a result, this happened.  The first time I “managed” her food intake was when she was just two years old, despite all the medical tests showing she had no intolerances or allergies to anything.  The second time was far worse and more traumatic and it was because of those six weeks, when she stopped eating, lost a tremendous amount of weight, that I realized I had to stop trying to control what she did or didn’t eat.  Please remember I am writing this from the perspective of someone who has huge personal issues with food.  This is important.

I have heard from a number of people who have found from various tests done by their doctors or through their own experimentation that they feel better if they stay away from particular foods, others have been diagnosed as celiac or have specific food intolerances and allergies that when avoided has changed their lives significantly.  This is true for all people and not just a specific neurology, though it may prove to be more prevalent in Autistic neurology, or it may be that Autistic neurology makes some experience the discomfort they feel more intensely. Either way, it is absolutely a fact that some people are allergic or have an intolerance to some foods.

When I first put my daughter on a gluten-free/ casein free diet I was filled with trepidation because of my history as both bulimic and anorexic.  I worried about the unforeseen consequences of controlling her food choices, particularly as my eating disorder had nearly fatal consequences.  When I gave birth to my daughter I was so relieved when she ate just about anything offered.  As time went on and she began to narrow what she would and wouldn’t eat I became concerned, but wary of becoming too involved.  I was hyper aware of offering healthy foods to my children, while not becoming overly controlling.  So far so good.  And then Emma was diagnosed with autism and in my research I read about the GF/CF diet.  In the literature I read there were spectacular claims of “recovery” from autism and “losing their diagnosis.”  This was in 2004.  I was in the midst of my find-anything-that-will-cure-her- thinking.  I don’t know if that diet is pushed on parents now the way it was then.  But at the time it seemed many parents were implementing it, some with noticeable positive changes, but most were not, still, it seemed worth a try.

Like everything to do with autism, there are opinions, lots of opinions, but little real evidence that a diet was having the same massive effect on all children diagnosed with autism as it was on a few.  So when the diet did nothing, and despite the battery of tests showing no intolerance of any kind, in a moment of desperation I implemented an even more draconian version of this diet in 2011 as advised by a naturopath I took her to.  It was this final attempt that caused long-term and far-reaching damage.  It eroded her trust and it caused her a great deal of unnecessary pain and trauma.  It is this time period that Emma still refers to with great anxiety today.  As someone who almost died because of my eating disorder it is tough to reconcile the fact that I have caused my daughter such suffering.

I bring all of this up because over the weekend, Emma said she was willing to “taste a carrot.”  This was huge.  HUGE, as Emma has not willingly eaten a vegetable of any kind since 2005.  I have consoled myself over the years by reminding myself that there are populations throughout the world who subsist on an extremely limited diet.  There are indigenous people in Northwestern Alaska who live on seal and walrus blubber and little else, but whose health is actually better than their southern neighbors.  Various people over the years, particularly OT’s and speech therapists have tried to convince me to restrict Emma’s diet, but I won’t do it. Instead we discuss nutrition.  We talk about food choices.  I do my best to model good eating habits.  We talk about vitamin supplements and I offer healthy choices.

When I asked Emma, “So what did you think about that carrot you just tried?”  Emma wrote, “I think it’s sweeter than I expected.  So not as bad as I had anticipated.”

“Do you think you will try it again?” I asked.

“Yes, I will taste it and thank you for your suggestion,” Emma ever so politely wrote. 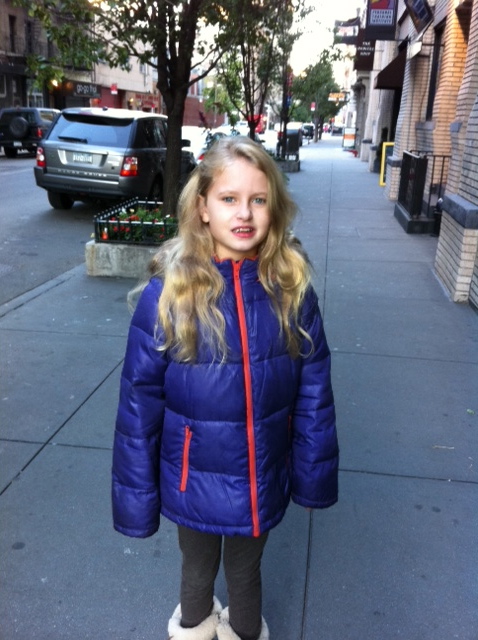