“Will she be okay?”  This was the question that went unanswered for the first nine years of my daughter’s life.

“Will she be okay?” I asked every autism specialist, neurologist, pediatrician and anyone else who seemed vaguely knowledgable.  This question actually had almost nothing to do with the child I saw before me and everything to do with how I felt.  I so wanted reassurance.  I so wanted and needed someone to tell me she was going to be okay, whatever okay meant.  Whatever world “okay” occupied, I wanted to know, really know that my child was going to be embraced and fully in the “okay” of it all.

Like the children’s story about the baby bird who’s fallen from its nest and asks all manner of creatures it meets “Are you my mother?” I desperately wanted someone to put their arm around me and say those seemingly magical and reassuring words – “Yes.  I promise.  She’s going to be just fine.”  But none did. So on I went, searching, trying every therapy, remedy, every crazy combination of vitamins, diets, homeopathy, naturopathy, healer, energy worker, cranial-sacral therapist, shaman, neurologist, developmental pediatrician, speech therapist, occupational therapist who held out the promise that all would be okay if only I did whatever it was they believed would make her “okay”.

When we finally ended our campaign to cure our daughter, our campaign to help her accelerated.  But this didn’t happen in a vacuum.  We had support.  And the support we were given came from other Autistic people. In retrospect, had I known my friend Ibby, I would not have asked “will she be okay?”  Had I met Tracy Thresher, Larry Bissonnette, Jamie Burke, Jennifer Seybert or any of the other people I’ve had the good fortune to physically meet, I would not have felt the need to ask repeatedly whether my daughter would be okay, because I would have known she already was.  That question would not have occurred to me to ask, because these people, many of whom do not speak or more often than not do not speak, or as in Ibby’s case speak, but when stressed, is unable to, are living their lives fully and they certainly know joy.  Each of them has grown up in a society that underestimated them.  All of them have been doubted and had to prove their intelligence over and over to those who are unwilling to see the evidence before them.

We, as a society, must stop forcing people we deem different or less than to prove their worth.  We, as a society, must look inward and start asking ourselves, not “will my autistic child be okay?” but “what can we do to accommodate Autistic people so that all can flourish and be included?”

In the end, that’s all I really want for both my children.  I want them to feel a part of a society that supports them.

“Will my child be okay?”

She IS okay.  Right now at this moment.  It’s up to the rest of us to recognize this. 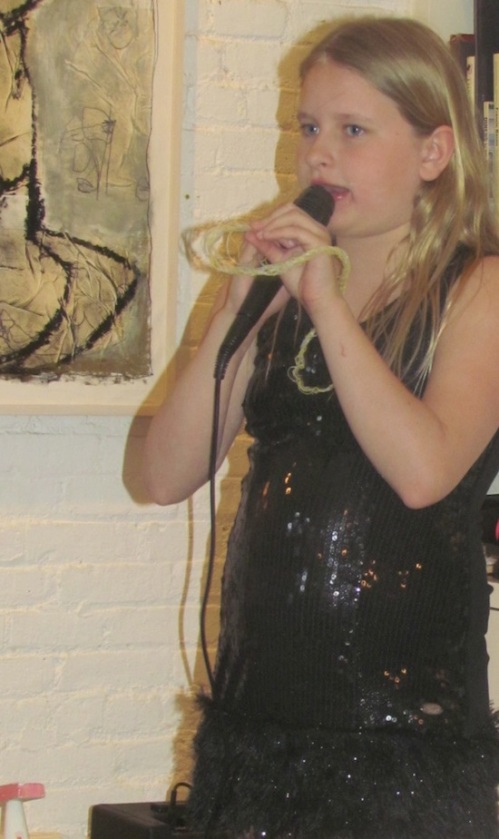