An Identity Crisis and Other Ramblings

*Warning – This post is written with humor.  If it offends, stop reading immediately and find another post.  There are lots of posts on this blog that are humorless.  Seriously.  Stop.  I mean go.  I mean…

My friend, Ib, (thank god she has returned from her various travels as I have felt decidedly “off” while she’s been away) and I were joking yesterday about the identity crisis I am currently undergoing due to the result I was given from taking the Broader Autism Phenotype test.  I was told “You scored above the cutoff on all three scales. Clearly, you are either autistic or on the broader autistic phenotype.”   It also said something about having an “aloof personality” something I’ve been accused of my whole life.  So I did what any sane human being would do – I retook the test.  This time the results said I had scored above the cutoff on two scales and therefore it was no longer “clear” that I was either autistic or on the broader autistic phenotype, but rather “likely” that I was.

And no.  I do not intend to take it a third time.  However I have resisted (so far) the desire to do a more thorough research of this test, how they are scoring it, exactly who is taking it, etc.  I so want to share my conversation with Ib, but didn’t think to ask if it was okay, so I’ll just share some of the tidbits from me, which is a pity as Ib had the best lines and is hilarious.  Ib is truly one of the funniest people I know, which, given the current view of Autistics being unable to understand irony and sarcasm, makes her so rare, she should be concerned that some autism specialist doesn’t catch wind of this lest they cart her off and stick her in a cage for more thorough examination.  But then those specialists haven’t gone on twitter and read tweets from my friends CoyoteTooth, HardAspie, TwinsMa, or AspieChap, nor have they listened in on FaceBook conversations with Brigianna, Kassiane, Julia, Rachel and countless others, all of whom have the whole sarcasm, appreciation for irony thing down to a science.

But I digress…  So in response to a hilarious, dry comment by Ib about my newly found status/nonstatus/questionable status I wrote:  “Ib… I do love you so.  And you really, really make me laugh, because you have that (oddly nonAutistic) humor, which clearly, despite being saddled with autism, you have managed to hang on to.”

To which she wrote something I cannot repeat.  And then mentioned one of the other myths regarding Autistic children, (it’s always regarding children and not adults because the common perception is that there are no Autistic adults and evidently never will be) which is that they are all so “exceptionally beautiful.”  This is something many have written about in a great many books, memoirs and on every single one of Emma’s reports and evaluations.  Each is prefaced with – “Emma, a beautiful little girl, of 5 years and 2 months, bounded around the classroom, only stopping to pick up a chair, which she hurled against the wall.  She spoke in one or two-word utterances, refused to obey any of the rules….” and the report would continue with the evaluator’s “observations” of Emma’s various activities as one might write about an animal under observation in the zoo.

So I responded to Ibby with this:  “…but that whole “oh they’re angels sent to us from God is crap.  I’ve heard the whole “unusually good looking” thing and I, personally do not see this as the case.  Sure there are lots of cute Autistic kids, there are also lots of really “cute” non Autistic kids.  I mean isn’t this the puppy syndrome?  Most puppies are pretty damn cute.  I think it’s that NTs expect an Autistic kid to look “weird” and so when they don’t they say, “oh she’s an angel, sent to teach us lessons that we’ve still not learned and never will, but while we’re NOT learning them at least we can feel better that the kid is so damn cute.

Ib then responded with a whole diatribe that was so funny I laughed out loud and she ended said diatribe with the word – “sarcasm.”

I responded:  “I know you identified that last bit with “sarcasm” because now with my newly found identity you are assuming I’ve lost all ability to understand that that was in fact sarcastic.  Richard only this morning pointed that out to me and I tell you, it was an enormous relief to me.  Because now that it seems I am (at the very least) precariously close to being near if not ON the spectrum I will be humorless, incapable of understanding nuances and suddenly, miraculously very good at math, plus my IQ will take a massive leap upwards, for which I am extremely grateful.”

*To all whom I’ve now offended, this was not meant as offensive, but was poking fun at just a few of the ridiculous generalities, assumptions, theories and labels that continue to plague anyone who is Autistic.  And anyway if you reached this far and are still offended you clearly did not read the warning label, which suggests you are not good at following rules, coupled with your inability to see the humor, I therefore encourage you to take the Broader Autism Phenotype test. 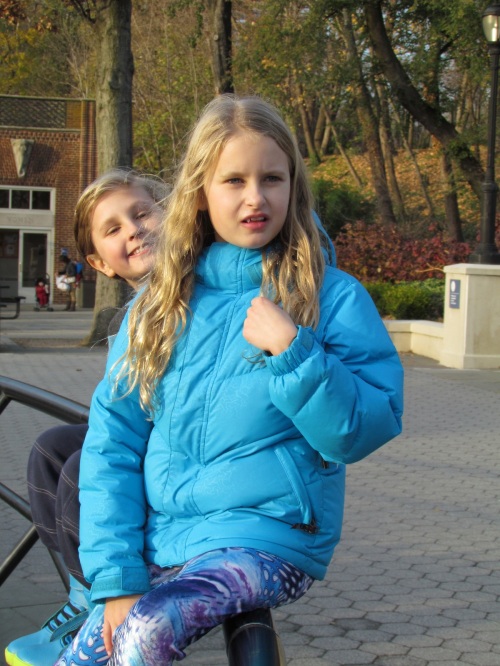 37 responses to “An Identity Crisis and Other Ramblings”