A few months ago I wrote about how, once we were given an autism diagnosis for our daughter, so many of the things we believed were uniquely and wonderfully “Emma”, were suddenly thought to be examples of her “autism”.  Things were either categorized as a deficit or a “splinter skill”.  Splinter Skills and Other Words We Use concentrated on talents, interests and abilities.  My friend, Chavisory reminded me yesterday of the physical issues often mistakenly believed to be part of autism.  Things like allergies, insomnia, GI problems, epilepsy and food and eating challenges that often people who are Autistic have, but that many in the general population also experience.

Chavisory mentioned in her comment, a NYTimes article about a drug trial thought to minimize social withdrawal in Autistic people and those with Fragile X.  She wrote, “social withdrawal is not actually a core feature of autism. It’s a consequence of deeper issues with language, sensory processing, and motor differences.” Chavisory’s point is an important one.  This distinction is critical.  Not only because researchers are often trying to treat something that is actually something else, but because it confuses caregivers into believing they can “cure their child of autism”.

When an Autistic person with food allergies or debilitating insomnia, who also has hyper sensitivities to texture, taste, smell and sound, is given melatonin to help them sleep or a diet that complements their specific constitution, it stands to reason they will exhibit behavior that reflects that.  When anyone, who is in extreme pain and exhausted is helped to have that pain and exhaustion alleviated, they will feel better.  They will be able to smile perhaps, focus, be more alert, even engage in conversation, with an ease they would not exhibit when overwhelmed with pain and exhaustion.  But when this person happens to be Autistic, people use language suggesting their “autism” has been reduced; words like “recovery” and “cure” creep into the conversation.

Suddenly people become convinced that every Autistic person has food allergies, GI issues and sleep disorders and therefore ALL should do x, y or z.    If that doesn’t work, instead of questioning the underlying issue (that perhaps this person does not have an allergy or insomnia)  many will up the ante by doing more radical “treatments” to treat an allergy or condition that the person actually does NOT have.   Logic falls away.  Common sense is rejected.  The pursuit of a perceived “problem” that may have never existed is discounted as not the problem.   The answer is to pour more money into finding the thing that will remove the “autism” even though autism is not what is causing the pain and discomfort.  Special doctors and “autism specialists” are brought in to advise and treat.

When we start throwing all kinds of things at an “autism” diagnosis, when a massive array of physical and emotional things get added, when temperament, interests, preferences, talents become embedded in the “autism” diagnosis we are causing far more confusion and problems to an already confusing diagnosis.  And people misunderstand and say they’ve “recovered” their child or their child has been “cured” instead of recognizing that what’s really happened is they found something that helped their Autistic child, who had allergies or insomnia feel better.  Meanwhile thousands more, who pursue similar ‘treatments’ with no benefit to their child, conclude they need to find a better doctor, or treatment, or diet instead of acknowledging their child doesn’t have an allergy.

Em listening to an opera rehearsal over the weekend 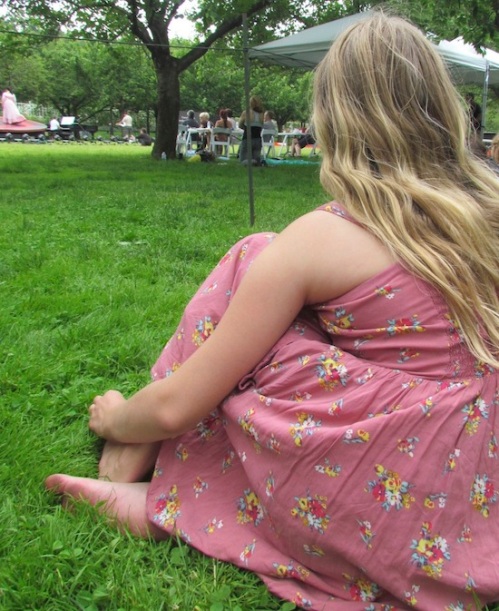