A Conversation in the Car

Because Em has just brought in the timer and set it for ten minutes, this will be quick!  Kind of like speed posting.  (Post on Markram interview will have to wait yet another day!)

Driving home from the swimming pool. Nic and Em in the back seat.

Nic: Mom! Make her stop. She’s doing that just because she knows how much it annoys me!

Me: Turning around to monitor the situation  Okay, Em. What are you doing?

Nic: She’s trying to bug me!

Me: Oh my god, that’s hilarious. Richard! Putting my hand on Richard’s shoulder.  Did you hear that?

Richard: What? What happened?  Looks in rearview mirror.

Nic: She just changed it so you guys wouldn’t make her stop!

Not only was the above conversation noteworthy because this type of interaction between Nic and Emma is not typical, but it was also worth mentioning because of Em’s increased interest in word play.  I see this in her desire to play Duck, Duck, Goose where she comes up with different word associations.  Sometimes, as in the case of “China boat, china boat, ocean!”  I’m not clear what the word association is, but I no longer doubt that there is one.

Cloud cover over the Rockies 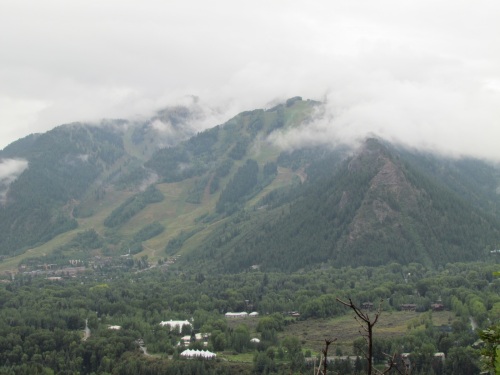 12 responses to “A Conversation in the Car”